Get your BBQ heated this Christmas with these easy grill recipes! 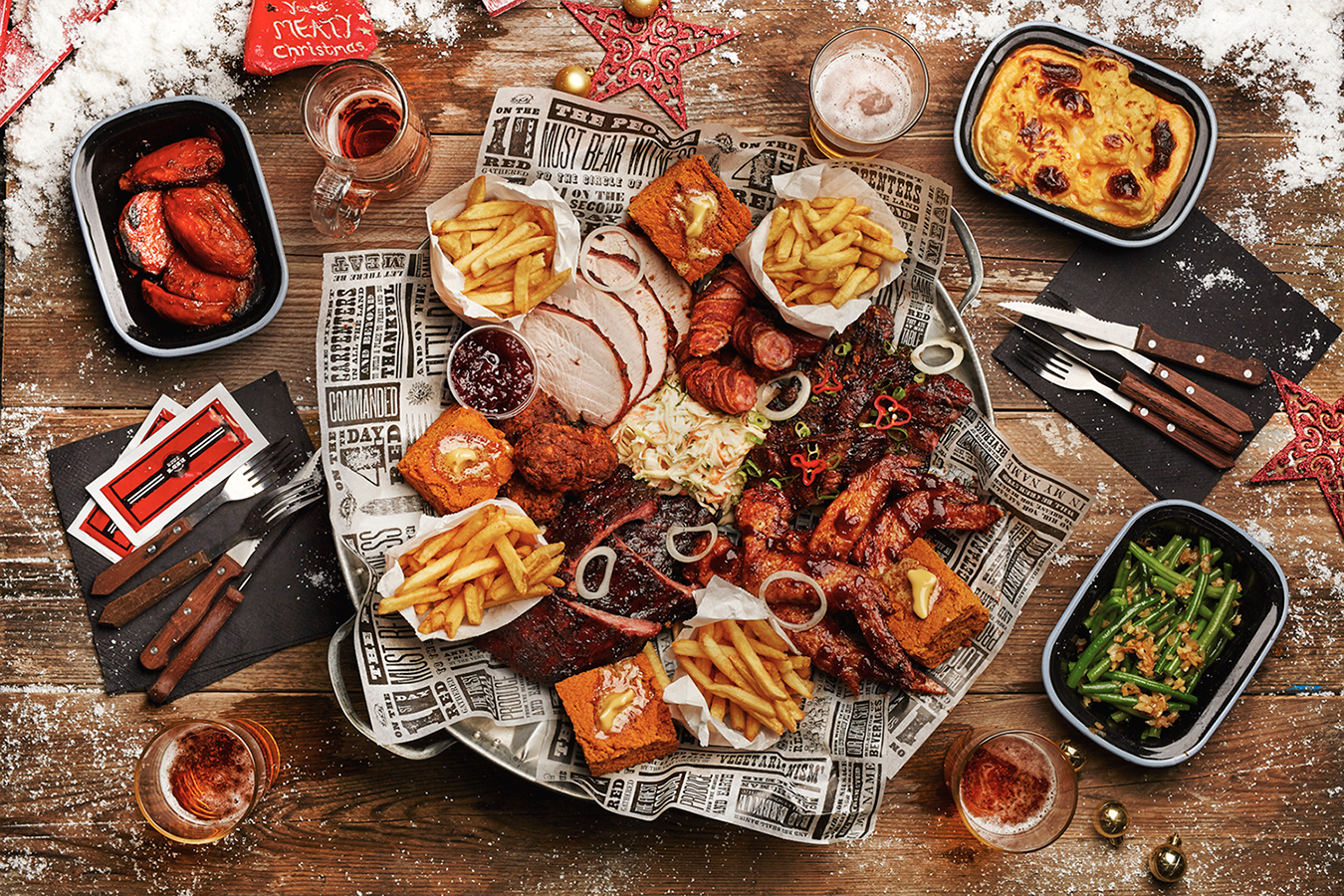 ‘That’s summer over for another year’, is undoubtedly one of the most homogenous, repeated phrases amongst Brits from August 10th onward. The typical, four-day summer heatwave has passed us by and will not return until we’ve seen the back of Easter next year. Is this statement true, however? Let’s be honest, we all love to complain about the weather here in the UK, it gives us something to talk about. In fact, research suggests nine in 10 Brits have talked about the weather in the past six hours. That means, at any moment, a third of the nation is talking about the weather.

One thing is for sure. As soon as the sun does make an appearance, us Brits are straight down to the local butchers, succeeded by the bakers, picking up everything necessary to cook up a storm on the barbecue. We might not live in Australia, but seizing the opportunity to eat al fresco is what we do best.. During the festive period in 2017, the UK matched the same temperatures as the Spanish capital, averaging temperature highs of 13 degrees during Christmas week. It’s a fact that winter in the UK is getting hotter, despite what Deirdre from down the street might have you think. With this in mind, we thought why not extend barbecue season?

Nobody is suggesting that you have to sit in the back garden until 12am, caked in suntan lotion with your short-shorts on in the middle of September. But taking advantage of an alternative form of cooking once a week can spice things up for the taste palette. Here with Flogas suppliers of bottled gas, who sell a range of gas BBQs, we run you through how to do Christmas on the grill.

For many of us, the highlight of the year in regard to the food calendar is the turkey being carved on Christmas day. Succulent slices of slow cooked meat dripping in gravy, topped with cranberry sauce is enough to have most salivating. However, we have all fallen guilty to the slightly overcooked bird, which requires that extra glass of vino to help digest. Barbecuing the game, however, provides chef with no such worries on judgement, or those consuming it none in regard to choking. A little over two hours on top of the wire rack and one is left with golden brown, juicy segments waiting to be torn apart.

We suggest leaving the bird to soak overnight in salt water. For a 5kg turkey, use approximately 10 litres of water and 800g of salt. Once you have risen from your night’s sleep, the desalinating process begins, otherwise it wont only be your taste buds receiving a shock — your cholesterol will as well. Place the turkey into clean water, changing the water approximately every fifteen minutes. Repeat this process four times before placing the thyme, rosemary, and lemon in the turkey’s cavity. Baste with butter and it’s time for the barbecue.

Unlike cooking a steak, this is a delicate process, so you aren’t wanting to have flames attacking the surface. Ensure that the coals are dispersed to either side of the barbecue and place a bowl of water amongst them — this may require refilling during the cooking process. Carry out the usual seasoning process, using butter, lemon, salt, and pepper.

Place the bird on top of the wire rack and cover. Be sure to keep the vents in the barbecue open, allowing sufficient air to escape — we would usually suggest three-quarters open. Using an oven thermometer keep regular tabs on the temperature being 180 degrees, adding coals as necessary. With the remainder of your butter, rosemary, and thyme, making a basting sauce to smear the turkey during the cooking process. Continually check the internal temperature — 65 degrees at the thickest point and you’re ready for a delicious Christmas day feast.

Admittedly, pigs in blankets ranks highly on most peoples lists in regard to the ‘best part of the Christmas dinner’. But after trying these alternatives, you would be forgiven for changing your mind.

Take the carrots and wrap generously in bacon. Pre-heat your gas BBQ to 200 degrees. Place the carrots on top of a baking sheet laid over a wire rack, cooking for approximately 25 minutes, or until the bacon is crispy and the carrots are beginning to soften. Half-way through the cooking process, drizzle the maple syrup over the carrots. For an added kick, swap the maple syrup for some Dijon mustard.

The onion adds the flavour to any meal — we all know that. But, what about an onion with a twist?

Rather that chop your onion finely like you often would, slice them slowly, maintaining the ring of each slice.

In two separate bowls, whisk the oil and butter, and then the mustard, honey, and Worcestershire sauce. Heat the BBQ to a medium-to-high heat. Using two thin metal skewers, pierce the onions approximately an inch and a half a part. Place on the wire rack, before brushing with the oil. Leave to cook for approximately 10 minutes, or until the onions have browned. Turn, leave to cook for a further ten minutes and brush with mustard mixture. Voila. There you have a winter warmer recipe that can be served on Christmas day, straight from the BBQ!