Are your drains always clogged? Here is an easy way to unclog them and keep them unclogged!

Use a Hair Catcher

A practical and useful tool that I believe every homeowner should have in their house is a bathtub hair catcher. When it comes to keeping the drain in either your shower or bath unclogged, a bathtub hair catcher is a necessity. Unlike other drain strainers that go over the drain of your shower or bath, this useful tool actually fits inside of the drain. Seeing as the bathtub hair catcher fits inside of the drain, it neatly and easily collects all the hair that is stuck in your drain. When you wash your hair in either the bath of the shower it is very common for strands of your hair to fall out, no matter what your age is or what the condition of your hair is like. These strands of hair can easily accumulate in the bath or shower drain, causing it to become blocked up and making it difficult for water to run down the drain. A bathtub hair catcher will collect these hairs within the drain and save you the annoying task of fishing them out yourself.

When it comes to unclogging a drain, using baking soda and vinegar is an effective and reliable method. This method of unblocking a drain has been used for centuries and is used by many different homeowners across the world. To unblock a drain in your house with baking soda and vinegar all your need to do is follow a few simple steps. Firstly, you will need to mix 1/3rd of a cup of baking soda with 1/3rd of a cup of vinegar. Doing this will create a mixture that is effective as breaking down any dirt or grime that is stuck in your drain. Once you add the vinegar to the baking soda you will notice that it will begin to bubble and fizz quickly. This fizz is due to the two substances chemically reacting against each other. As soon as this mixture begins to fizz you should quickly pour it down your drain. It is recommended that you leave this mixture in your drain for at least an hour or as long as you can, in order for it to break down all the dirt in your drain. The next thing that you will need to do is flush the mixture out with hot water. In doing this you will remove all of the mixture and the broken-down dirt from your drain, leaving it clear and free of dirt. 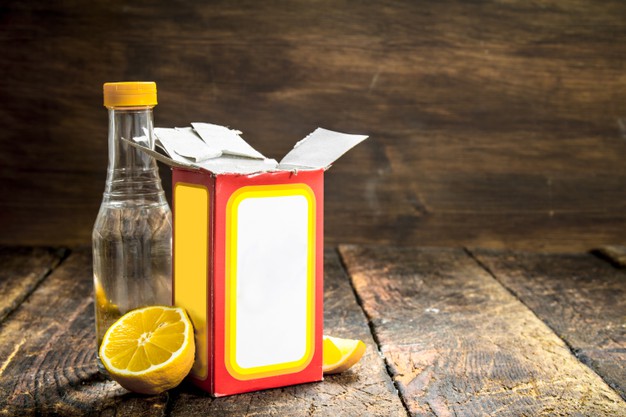 Another method that is easy and effective when it comes to unclogging either your bathroom or kitchen sink drain, is to use a dish detergent. Dish detergent, otherwise known as washing up liquid, is not only an effective method that is used to unblock a drain, but it is also very cheap. It is more than likely that you will already have dish detergent in your house, meaning you won’t have to go out and buy some. To unblocked your drain with dish detergent all you will need to do is squeeze a small amount of the detergent down your drain followed by some boiling water. The mixture of detergent and boiling water will act as a lubricant and is great for breaking down any dirt and greasy residue that is stuck in your drain. This method is also a great way of unclogging a blocked toilet, meaning you can unblock all the drains in your house at once. 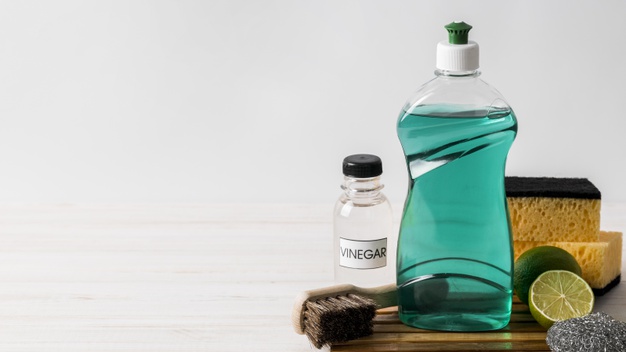 If you have a drain in your house that is extremely blocked, and none of the previous methods that were mentioned have worked for you, then you should maybe try using some caustic soda. Caustic soda, also known as sodium hydroxide, is a very strong substance that can be used for a number of different things. This substance is extremely effective at breaking up grease, dirt and hair that is stuck in a drain. When using caustic soda to unclog a drain all you need to do is mix it with some cold water in a jug. You should then pour this mixture down your drain carefully and watch it begin to bubble up. Once it has finished bubbling up you should leave this mixture in the drain for at least 20 or 30 minutes for the mixture to work its magic. You will then need to rinse the drain out a couple of times with some boiling water to remove all of the mixture and dirt from your drain. When using caustic soda, it should be noted that it is extremely strong and harmful so use it with great caution.

Use an Unblocking Product

If you are looking for a simpler way to unblock a drain in your house, then there are a number of different products and detergents available that do an effective job. Many companies offer detergents that are specially designed to unblock a number of different drains. These products are relatively cheap and easy to use and can easily be found in your local supermarket. When using these detergents all you need to do is pour them down your blocked drain, leave them to sit for a certain period of time and then flush it away with boiling water. These detergents contain lots of different chemicals that are great at breaking down and removing dirt, grease, and grime that can get stuck in your drain. Another benefit of these detergents is that the smell good too. This means that not only do they do a great job at unblocking your drain, but they also leave your drain smelling great too.

Reach Out to a Plumber

If you have tried all of the methods above, it is recommended that you reach out to your local plumbing company to get the job done. There are times when traditional methods at home aren’t enough to unblock a drain and the problem could be much more serious that requires the assistance of a professional. Let the pros handle it, and it should be unblocked in no time! Once you have gotten your drain unblocked, make sure to maintain a clean sink by avoiding putting things like food bits down the drain or dumping hardened cooking oil.

Hopefully, this guide has opened your eyes to all of the effective and easy ways of unblocking a drain in your bathroom or kitchen. So, next time that you have a clogged-up drain in your house, try out one of these methods and your drain will be clean in no time.